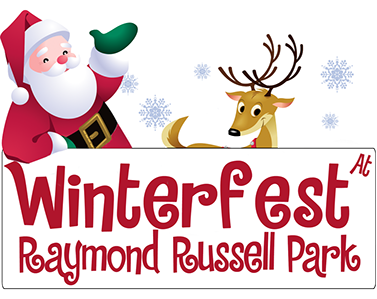 There will be no Winterfest At Raymond Russell Park or Winterfest Helotes this year. Winterfest is on hold until further notice. We want to say thank you for all your years of support. We enjoyed giving the community a free family event that showcased our youth's talent and encouraged to give to needy children in the community.
Blessings to you all. Wishing you a very Merry Christmas this year!

The Story Behind The Celebration

Winterfest was founded in 2013 with a mission to unite the community during a very special time of year.  This is a day filled with winter traditions, family fun, and helps bring the holiday spirit. This year’s event will be held at Raymond Russell Park off IH - 10 West, one exit past Fiesta Texas in San Antonio, Texas (just outside Loop 1604).

Founder and lead organizers, Ronnie and Gina Barbera with Kidsville Optimist Club are exited about the new location.  Ronnie and Gina held the event over the last three years in Helotes and now moved to North-NW San Antonio.

The mission of Winterfest has always been to provide children involved in the arts an opportunity to shine.  This community event provides the staging and sound for many groups to have a venue to showcase their talent. The event is a tremendous undertaking to plan and coordinate, but its rapid growth signifies that it’s important to the community. By providing a platform and encouraging children to perform, girls and boys can express their creativity, passion and hard work thus generating self-confidence and greater self worth. These are invaluable traits stimulated and in part formed by the arts – whether it is music, song, dance, drama, etc. Such programs are often massively underfunded. The Barberas are hoping to change that in their community and beyond.

Winterfest allows for a constant stream of talented performers to take multiple stages and share their passion and talent with an audience. Singing, dancing, musical performances and athletic routines fill every moment and every stage throughout the day. At Winterfest, the children are the main attraction.

To the Barberas, there’s nothing more important than recognizing the talent early on in our youth and providing them a platform to be seen and heard. Now in the early planning stages of the fourth year, Winterfest has already broken attendance records and grown at an incredible rate. The focus is – and always will be – on the children, and the amount of interest and participation in the event has inspired the Barberas to further pursue their underlying goal: to provide even more opportunities for children to perform.

The Barberas founded the Kidsville Optimist Club in 2010, which falls under the umbrella of Optimist International, a non-profit organization whose mission is to bring out the best in kids.   Kidsville Optimist Club honors the accomplishments of local students and emphasizes the importance of education and literacy by inducting children into the Truman Hall of Fame. Each child nominated is then honored at their school in a surprise ceremony attended by parents, teachers, and administrators during the schools morning announcements.

Gina and Ronnie have seen firsthand how children grow and mature through involvement in the arts and with their passion for music and dance, in 2011 they started a musical group, Kidsville Kids of Bexar County. Kidsville Kids musical group performs across Bexar County, showcasing their talent at local fairs, festivals, nursing homes and more. Tryouts, rehearsals and live performances allow the children to express themselves through the art of music and dance while working as a team.

Winterfest was built upon the same principles as Kidsville Kids and the Truman Hall of Fame and most important the mission of Optimist International. Children should be given the opportunity to shine – their moment in the spotlight. With the continued growth of Winterfest , and having a new location being more centrally located, the Barberas hope to spread that mission citywide.